In my last post there were lots of pictures of a partially finished 36" square panel I was working on. It was something new for me - as well as working bigger than before, it was a commission.  Someone had seen an image of a similar painting which had sold during Gallery Blink's first show and wanted one "just like it, only bigger".  I was torn about taking it on.  I've had experiences where people keep wanting me to change things to suit their often vague vision.  I decided to do it, but to make it another in a "series", and if she liked it great, and if not I would just add it to my portfolio (and perhaps show in another Blink show).  John and Gill Ross, the wonderful owners and directors of Gallery Blink (who had set this whole thing up) took the painting to the customer and she bought it!
Yay! Good news all around. 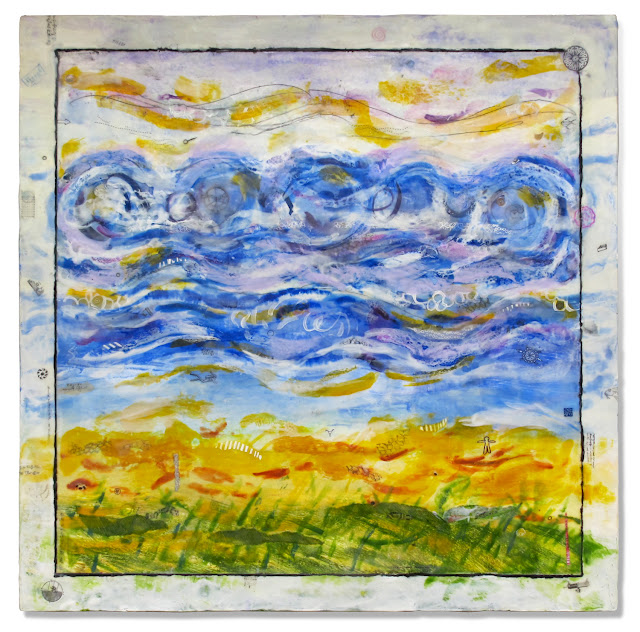 Posted by Dreaming Printer at 8:38 AM No comments: